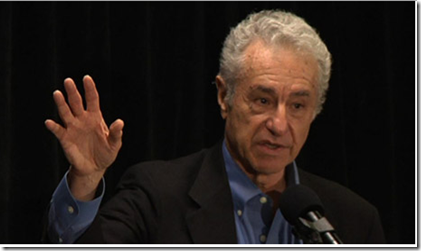 Gar Alperovitz is the co-founder of the Democracy Collaborative and Lionel R. Bauman Professor of Political Economy at the University of Maryland. He is a former fellow of the Institute of Politics at Harvard and of King’s College at Cambridge University, where he earned his PhD in political economy. He has served as a legislative director in the U.S. House of Representatives and the U.S. Senate, and as a special assistant in the Department of State. Earlier he was president of the Center for Community Economic Development, Co-director of The Cambridge Institute, and president of the Center for the Study of Public Policy.

Dr. Alperovitz’s numerous articles have appeared in publications ranging from The New York Times and The Washington Post to The Journal of Economic Issues, Foreign Policy, Diplomatic History, and other academic and popular journals. Dr. Alperovitz is the author of Making a Place for Community: Local Democracy in a Global Era published in 2002 (with Thad Williamson and David Imbroscio), Unjust Deserts (with Lew Daly) in 2008, and America Beyond Capitalism in 2011. Last year, he released his new book, What Must We Do Then?, and the new film The Next American Revolution.